The first licensed book I ever wrote was an Isaac Asimov’s Robot Universe book called Have Robot, Will Travel — which I remember being pretty, but I’ve never owned a copy. The publisher never sent me author copies, and he got hit by a bus (really) not too long after the book came out, and apparently the company’s inventory was liquidated. Or something. Anyway, I’ve never had a copy of it, although I’ve signed a few over the years.

Since then, I have had the great good fortune to touch a number of storytelling universes, and maybe leave a little mark of my own on some of them. The highlights: 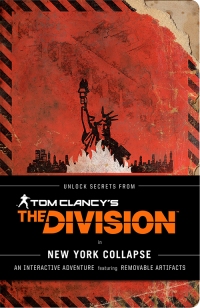 One of the most interesting licensed projects I’ve worked on is The Division: New York Collapse. I talk about it at more length here but the short version is: It’s an interactive transmedia novelistic artifactual experience. And also a survival guide.

Then there’s The Division [Title Redacted*]. This is a novel, which will help to bridge the time span between the first Division game and its sequel. Both the novel and the game will appear in Spring 2019.

*By which I mean I can’t announce it yet

My first Marvel novel was Iron Man: Virus, followed by The Ultimates: Against All Enemies. Then I did a novelization of Iron Man 2. A year or so later, I started working on what turned into a twelve-book series of all-ages novelizations of the Marvel movies, beginning with Iron Man and finishing up with Ant-Man and Doctor Strange.

Along the way I also did novel adaptations of two famous comic stories: Secret Wars and X-Men: Days of Future Past. More recently, I’ve done some Marvel books for younger audiences, including Infinity War and a standalone Avengers story. 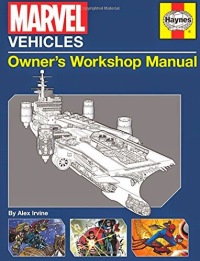 I also did a fun book called the Marvel Vehicles Owner’s Workshop Manual, a Haynes Manual-style breakdown of everything from the Helicarrier to Thanos’ chair to Thor’s chariot. It was part of a LootCrate not too long ago, which made me feel oddly accomplished. 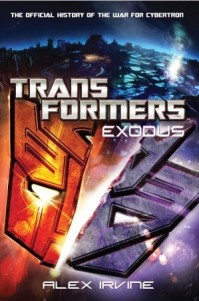 I also wrote an episode of the animated series Transformers: Robots in Disguise, called “The Trouble with Fixit.” You can watch it here. 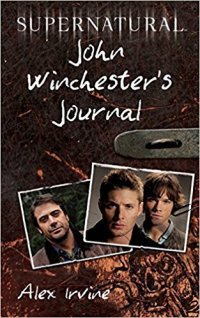 I wrote The Supernatural Book of Monsters, Demons, Spirits and Ghouls during the show’s second season, and followed it up with Supernatural: John Winchester’s Journal shortly after. Both books have had long lives (the show is now in its 14th (?) season), and I’m happy that fans keep reading them.

An interesting (to me, anyway) side note: I’m credited as an illustrator on John Winchester’s Journal (along with Dan Panosian, who is an actual artist) because the editor wanted some of the illustrations to look like they were done with a Sharpie by a guy who didn’t know how to draw. So I got a Sharpie and made that happen.

I wrote the novelizations of both Pacific Rim and its sequel, Pacific Rim: Uprising. If you, like me, were a kid who grew up on Godzilla movies and Japanese TV shows like Ultraman and Johnny Sokko and His Flying Robot, maybe you can understand how much fun it was to create two novels of giant robots fighting giant monsters. 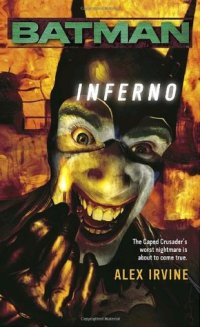 Riddler’s Gambit bridged the time gap between two of the Arkham video games. Inferno is a standalone story in which the Joker escapes from Arkham through the sewers of Gotham City, which connect to a series of caves…which connect to the Batcave. He steals a Bat-suit and goes joyriding in the Batmobile. All this happens while a new villain by the name of Enfer is trying to make his bones (and impress the Joker) by burning  Gotham to the ground.

I was so thrilled to be able to write the novelization of The Adventures of Tintin, I almost didn’t want to finish. Having loved Tintin since I was a kid, I felt proud and lucky to be involved in this story in any way.

The show flamed out regrettably quickly, but during and after its first season I really enjoyed writing Sleepy Hollow: The Secret Journal of Ichabod Crane.

I’ve also written a couple of Mighty Morphin’ Power Rangers books, novelizations of Dawn of the Planet of the Apes and Independence Day: Resurgence, a Dungeons and Dragons novel called The Seal of Karga Kul, some Halo and Deus Ex comics… and a Star Wars novel that got killed. Long story.