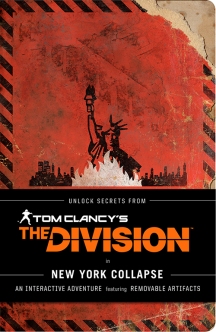 I’ve had a chance to work on a lot of interesting projects over the years, but New York Collapse would be real close to the top of any personal list. It’s a scavenger-hunt puzzle book wrapped in an urban survival guide wrapped in the diary of a woman who records her experiences in its margins while she uses it to survive the release of a weaponized smallpox virus in New York City. That’s the backstory of the game Tom Clancy’s The Division, which came out in April 2016. New York Collapse gives a ground-level view of what it was like to be alive during that time, and also hints at some of the mysteries lying behind the game’s story.

To write this book, I first researched and wrote a New York-focused urban survival guide from the ground up. Then the book and puzzle designers got involved to finish the layouts and ensure that the puzzle elements and artifacts were all working together.

The I went back to the laid-out pages. In the margins, using five different colors of ink, I wrote the story of April Kelleher, a woman trapped in New York by the post-plague quarantine. She uses the book to keep herself alive, and gradually begins to find out that the author (the pseudonymous Warren Merchant) left puzzles and clues that might lead to the truth about the origin of the virus… 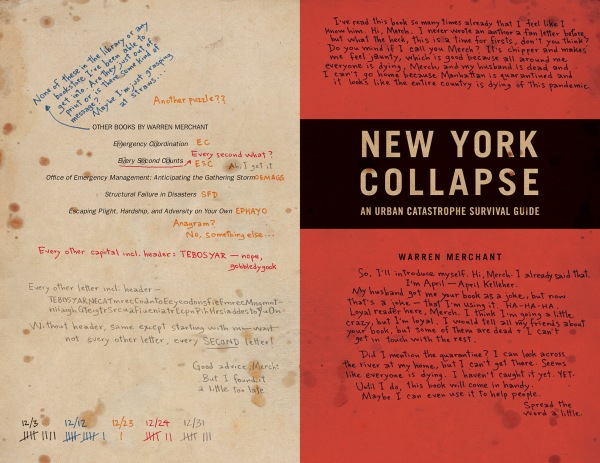 As mentioned above, the book includes a number of artifacts that are key to solving the puzzles and tracking some of the book-to-game interactive elements: 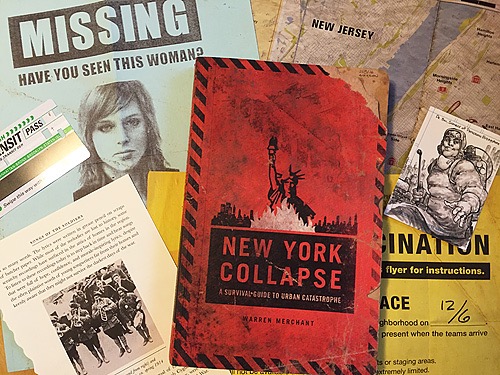 Creating a book like this is a huge effort. In addition to my contribution, New York Collapse would never have happened without book designer Paul Kepple, the puzzle designers at Puzzability, the editing wizards at Melcher Media, and of course the narrative team at Ubisoft and Massive. They went with this idea when I first pitched it, and then they helped create real interactivity between the book and the game. If you’ve played The Division, you know that some of the side quests in the book involve pages from New York Collapse, and April Kelleher is in several echo scenes that re-enact moments from the book. 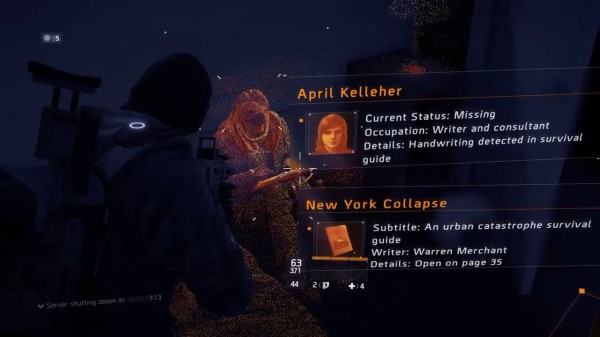 It’s pretty rare to see that kind of interchange between a flagship property and its transmedia extensions. I hope it happens more often now that New York Collapse has shown some of the possibilities.

I talked to Newsweek about the book and also had the unexpected pleasure of this review in Outside magazine, in which the reviewer called New York Collapse “the most effective survival book about urban disaster that I’ve read” while characterizing me as a “survival expert.” This made me feel like all the research was worth it. As for actually being a survival expert, I hope I never have to find out whether that’s true.

April Kelleher’s adventures continue in an upcoming Division novel, due out in spring 2019 to coincide with the release of The Division 2. Stay tuned…